skip to main | skip to sidebar

Convention season is coming up soon, and I have a plan.

I know there's all this stuff floating out there right now about creator-owned comics and people calling for the immediate stoppage of sketching the corporate icons we all hold so dear, but I'm going to focus less on the negative, and more on the positive.

I don't hate Marvel or DC. I read plenty of both. And I'm not the one to dump on your enthusiasm for their characters. If you want 80s Rogue done in my style, I'll give you the best 80s Rogue I can!

But, I'm going to try and do as much as I can to sketch independent characters, and when I'm done - I'm going to split $10 out of that $30 or $40 I make per commission, hunt down the creator and give them their share. If they don't want it, I will either donate it to the CBLDF, or pool it all in a separate account and maybe do something awesome with it at the end of the year to get more people making more Next Big Things.

It happens often enough at conventions where people say to me "What do you want to draw?" so this is where I'll get to do it. Or if someone really wants Batman, maybe I'll ask them if they want Batman and Darkblade together. Then I'll go find Thom Zahler, show him a photo of the sketch, and give him 10 bucks as thanks for creating a character that let me create that piece of art. If they don't know who Darkblade is, I'll write on the back. "Love and Capes. Check it out."

A lot of people probably won't care what I'm doing. A lot of people probably won't take the money. Some might hate my renditions of their characters. Some might not. I've already seen blog posts from some artists stating "Hey. I have characters too! You can draw them all you want if you give me appropriate credit!" Well, this is appropriate credit, right? It's a system worth trying.

A system I'm calling being Artonomous.

I don't have any conventions until April, but I'll let you all know how it goes.

If anyone wants to join in, please do! I've uploaded a nice-sized logo here you can right click, print out and stand on your table if you like.

There are a lot of us out there doing our own little thing. There are collectives. There are alliances. But still we remain fractious, and maybe a simple little logo and a mission statement is a way for us to mobilise a little more but still not take too much time away from us creating our beloved comics. As superheroes are so often heard to say "We can't take him alone, but if we team up..." ;)

I'll leave you with a commission of Catbeard the Pirate I did yesterday. 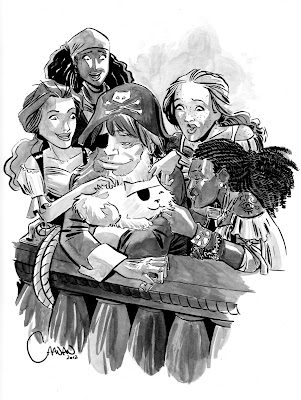 It was commissioned by the creator himself, Matt Nelson, and it's an awesome comic, and I did it free for him, as thanks for bringing something new and interesting in to the world. Let's get creative!
Posted by caanantheartboy at 12:13 PM

Interesting idea. I can imagine some creators being hard to get a hold of or being rather confused by random artists handing them money. The CBLDF is a nice touch.

I'm finding the various situations going on are hurting my head. Someone said they want to go back to when they were a kid and you could just enjoy comics without all these thoughts about ownership and contracts and in a way I agree. Though it was during those times that so many creators got shafted.

So in conclusion, good on ya to try to pay something back to the people who came before you. A tip of my hat good sir.

I had more in mind when I wrote this other little guys like me. Not so much your Kirkmans and O'Malleys and Mignolas who already have a slice of that Hollywood pie and more monies than probably the Big Two even!

But, I'll take whatever comes my way and roll with it. It'll be good to do something different, anyway.

If I can manage to approach some big names, I'll try and get photos, or even record it and stick it up on youtube! (With permissions.) Should be fun!

oh man i'd be stoked if you did a Bad News Kids sketch! that's my webcomic i've been writing. i think i've told you about it before:

anyways, this is a cool idea, keep this stuff alive even if people aren't about it. thanks canaan for all your hard work and great contributions to the comic world!

Caanan elsewhere on the web 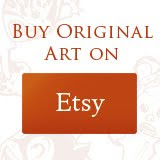